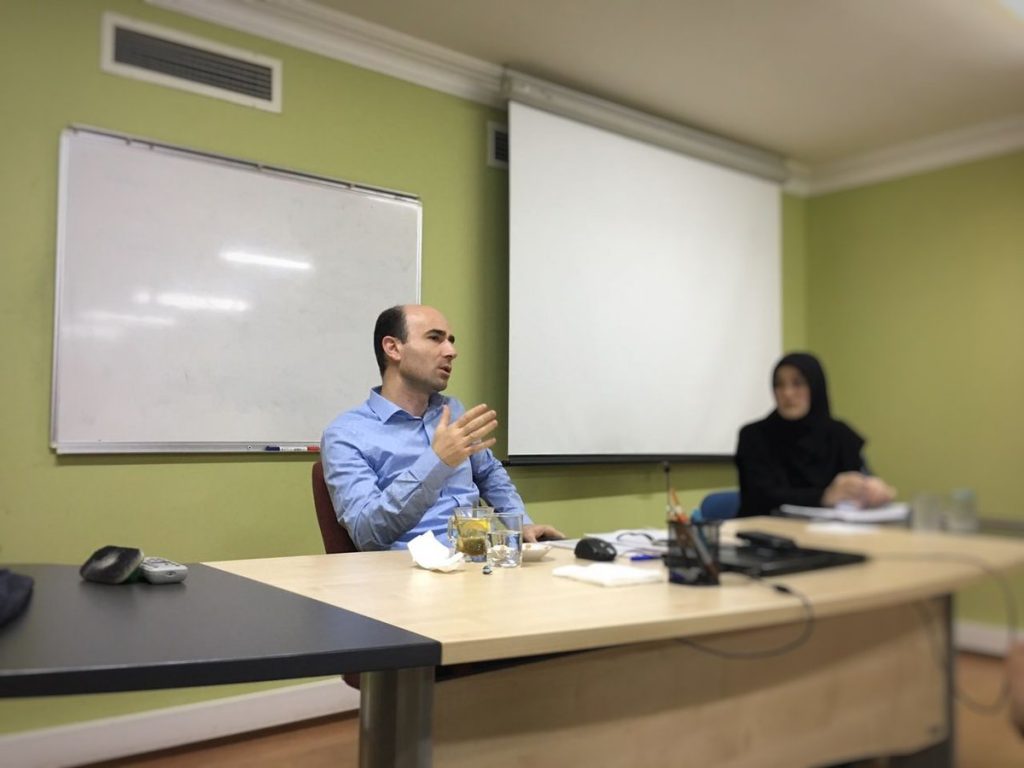 Our guest in this week was President of the Academy of Diplomacy at Ministry of Foreign affairs Mesut Özcan. Mr. Özcan has graduated from Marmara University Faculty of Political Science and International Relations in 2000. He has completed his master’s degree at the same institution in 2002. He has studied his PhD at University of Boğaziçi between 2002-2007. During his PhD studies, he conducted a year-long research at University of Oxford St. Antony’s College with Jean Monnet Scholarship.

He has worked as visiting faculty member at University of Kuwait and Istanbul Commerce University. Associate Professor Özcan served as vice-president at the Center for Strategic Research of Ministry of Foreign Affairs between 2011-2013. Year after he became the president of this organization.

The topic of this week was “Energy, Geopolitics and International Law: World War at Mousul”